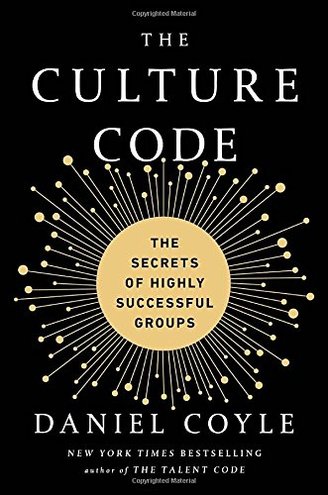 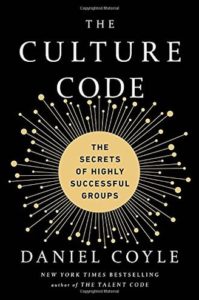 In The Culture Code, Daniel Coyle goes inside some of the world’s most successful organizations—including the U.S. Navy’s SEAL Team Six, IDEO, Google and the San Antonio Spurs—and reveals what makes them tick. He demystifies the culture-building process by identifying three key skills that generate cohesion and cooperation, and explains how diverse groups learn to function with a single mind. Drawing on examples that range from Internet retailer Zappos to the comedy troupe Upright Citizens Brigade to a daring gang of jewel thieves, Coyle offers specific strategies that trigger learning, spark collaboration, build trust, and drive positive change. Coyle unearths helpful stories of failure that illustrate what not to do, troubleshoots common pitfalls, and shares advice about reforming a toxic culture. Combining leading-edge science, on-the-ground insights from world-class leaders, and practical ideas for action, The Culture Code offers a roadmap for creating an environment where innovation flourishes, problems get solved, and expectations are exceeded.

Culture is not something you are—it’s something you do. The Culture Code puts the power in your hands. No matter the size of your group or your goal, this book can teach you the principles of cultural chemistry that transform individuals into teams that can accomplish amazing things together.

The story of the good apples is surprising in two ways.  First, we tend to think group performance depends on measurable abilities like intelligence, skill, and experience, not on a subtle pattern of small behaviors.

Jeff Dean was one of the last people in Google’s office to see Page’s note.  He worked in Search, which was a different area of the company, and he was more than busy navigating his own urgent problems.  He did not ask permission or tell anyone; he simply dove in working Saturday and Sunday until 5am Monday morning.  The year following, Google’s profits went from $6million to $99million.