Seeing around corners by Rita McGrath 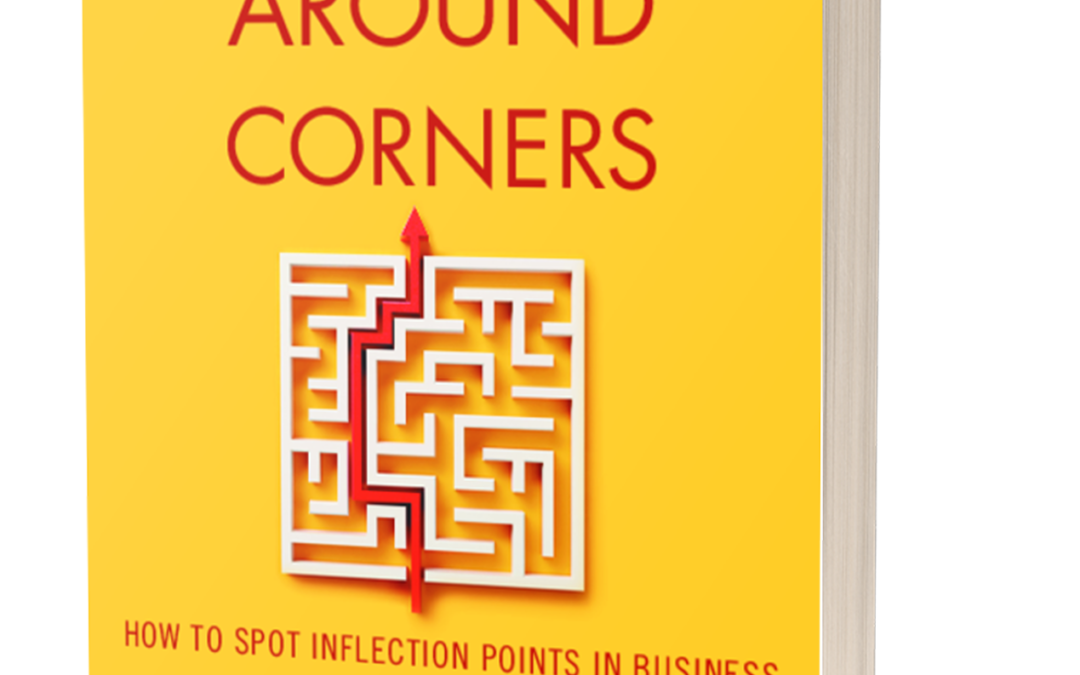 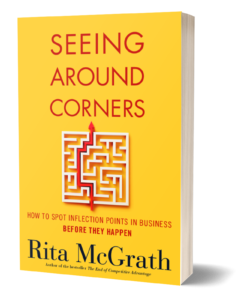 Though seemingly sudden, inflection points are not random nor unexpected. Every “overnight” shift is actually the final stage of a process that has been subtly building over time. Armed with the right strategies and tools, smart business leaders can learn to spot inflection points before they hit—and use them to gain a competitive advantage.

Paradigmatic shifts in the business landscape, known as inflection points, can either create new opportunities (see Amazon and Netflix)—or they can lead to devastating consequences (e.g. Blockbuster and Toys R Us). Only those individuals who can “see around corners”—that is, spot disruptive inflection points developing before they hit—can position their organizations (and themselves) for success.

Columbia Business School Professor and corporate advisor Rita McGrath contends that inflection points, though they may seem sudden, are not. Every seemingly overnight shift is actually the final stage of a process that has been subtly building over time. Armed with the right perspectives and tools, smart leaders can anticipate inflection points and leverage them to create a real competitive advantage.

Seeing Around Corners is the first hands-on guide on how to anticipate, understand, and capitalize on the key inflection points that shape the constantly shifting marketplace.

Who should read this book?

It takes incredible observation and analysis to spot an inflection point happening in real time, which is why I feel everyone at every level within a company could benefit from reading it.  Business today is dynamic, complex, global, ever-changing and it’s extremely hard for companies to survive the long-run, which is why all employees need to contribute with a heavier leaning on senior level managers to be agile and keep their eyes on the prize.

How I will use this book.

My corporate role requires me to drive exceptional service levels of our 5 brands.  This includes reducing the turnaround time of submittal packages, reducing tech support ticket cycle times, reducing quality claims, reducing supply chain lead times, etc.  Where I can help contribute is by continuing to keep my pulse on where technology will go in terms of using blockchain, AI, robotics, VR/AR, etc. and utilize that in my role, but also ensuring that our cross-functional business partners are also aware and keeping their pulse on things as well.

Snow melts from the edges

If snow melts from the edges, it behooves you to have mechanisms in place to see what is going on there.Consider, then, the following eight principles that can help you make sure there isn’t something brewing at the periphery of your organization that could have an explosive impact on the company before you realize it.

The upheavals created by major strategic inflection points usually take quite some time to unfold.They are also not “complete” when you first see them.But if you are paying attention, you can begin to see the implications of their trajectory early on, when it is still possible to influence them.Remember, snow melts from the edges.

“When the moment of crystal clarity arrives, that is the moment to mobilize the troops, to bring focus, and to bear down hard on preparing the organization for the post-inflection world.”

“In God we trust.Everybody else bring data!”

Lagging indicators are outcomes or consequences of some activity that came before.These would include: Operating margins, EBITDA, Revenue/turnover, Revenue growth, etc.Avoid the systematic bias to prefer lagging indicators in your strategic decision making.By the time an inflection point has handed you a new reality, it’s a tad late.Lagging indicators are not particularly helpful if your goal is to understand the future.

Current indicators give you data about the current state of things.Many current indicators are based on the proven recipe for success in a given business – that is, on conditions at one point in time.With employee incentives often tied to their performance with respect to driving current indicators, it isn’t surprising that many people don’t bother to look beyond them.Avoid the blind spots!

Leading indicators represent things that are not facts yet in your business and are often qualitative rather than quantitative.

The quality of the information you have to work with is inversely proportional to your ability to do anything to change the story.  A way of increasing your decision-making confidence is to create a time zero event that represents something important that might happen in the future.  Then you can work backward in time to see what could anticipate this kind of event.

Future chapters I will be writing about:

Creating a plan to learn fast

How leadership can and must learn to see around corners

Seeing around corners in your own life